Nelson’s Sebastian Bodine was recently in Ottawa where the 81 Hampton Gray Sea Cadet was honoured with the Royal Canadian Navy Leadership Award.

The award is for:

Prior to the National Navy League Luncheon Bodine was requested to perform the duties of Master of Ceremonies for the Canadian Navy League AGM Banquet where he also gave a speech about his seven years of training, coaching, mentorship and international expeditions with the Canadian Sea Cadet Programme. 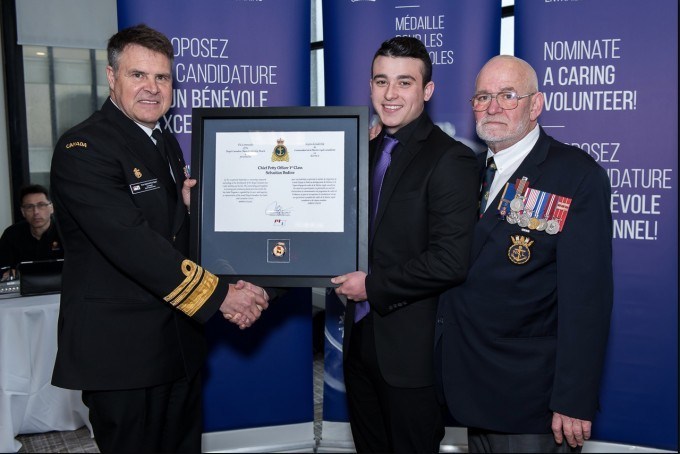 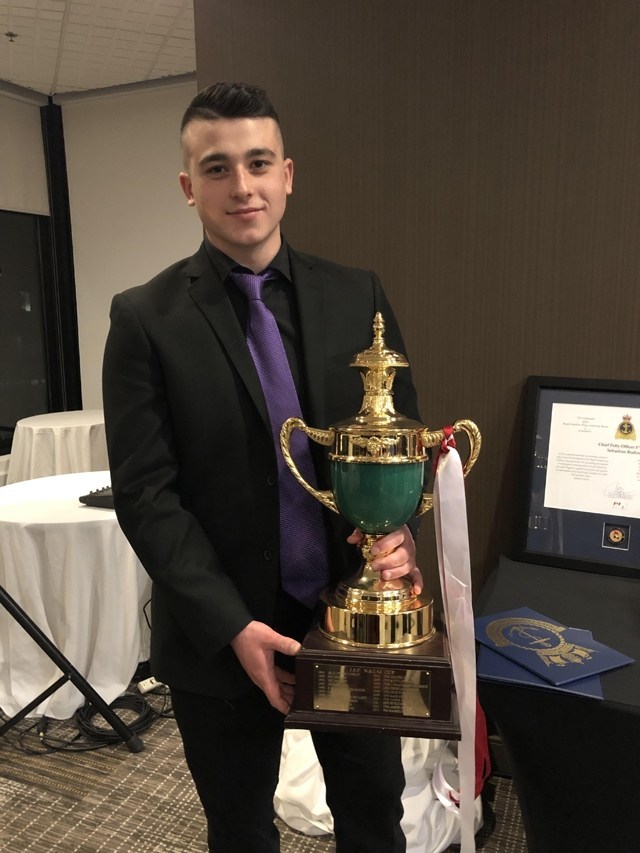